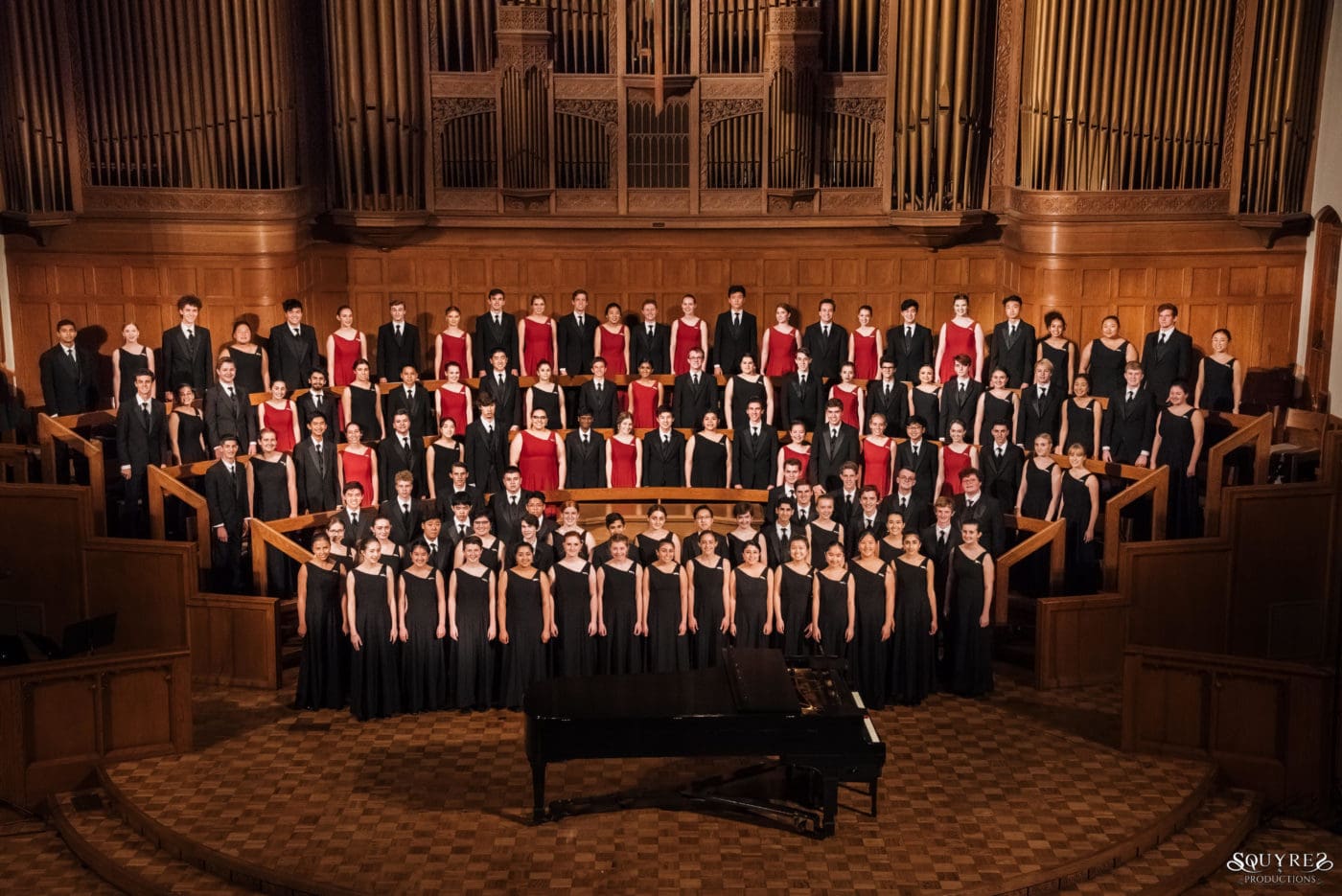 The LCHS Choral Artists from La Cañada High School sing a wide selection of mainly sacred, classical repertoire iN France during their spring concert tour to Normandy, Paris and Puteaux. The 111 students from California directed by Dr. Jeffrey Brookey have been preparing the program for their France performance tour for months.

The LCHS Choral Artists’s classical sacred program is fitting for the liturgical season of Lent and the prestigious cathedrals the 111 singers are performing in: “A Choral Fanfare” composed by John Rutter, “Adoramus te” by Eric Barnum, “David’s lamentation” by Joshua Shank, and “Lux by Eric Whitacre. They will also be singing “O lux” composed by Morten Lauridsen as well as Maurice Duruflé’s “Ubi .

Singers and audience favorites alike are spirituals. They include; “Deep River” arranged by Roy Ringwald, “Ezekiel Saw the Wheel” arranged by William , as well as “Daniel, Servant of the Lord” and “Rock-a My Soul” both arranged by Stacey V. Gibbs.

Also included in the American Hymn & Spiritual repertoire will be “Hear My Prayer” by Moses Hogan, “I’ll Fly Away” arranged by Shawn Kirchner, and “Precious Lord, Take My Hand” by George N. Allen and arranged by Roy Ringwald.

On the secular side, the choirs will be performing “The Flight Song” composed by Kim Andre Arnesen, “I Am Not Yours” by Z. Randall Stroope, and “Lotos” by Eric William Barnum, as well as “Sleep My Child” by Eric Whitacre and “Twa Tanbou” by Sydney Guillaume.